Reims, a city of art and history, is recognized by two entries on the UNESCO World Heritage List: the first includes the Cathedral, the Palais du Tau and the former Saint-Remi Abbey, and the second its Champagne Hillsides, Houses and Cellars. Reims is a city that people should take the time to visit when they are in France. Even though it is known for its Champagne capital city, there are many things to do in Reims that don't include a glass of bubbles. Here's a guide to what to do in Reims. In addition to its museums, Reims offers a great heritage in Art Deco. The Carnegie Library is one of the best examples of Art Deco architecture in France that was built after WW1. Villa Domoiselle is another great example of Art Deco architecture in Reims. In order to admire this style, you need to be sure you’re gazing up when walking around Reims. It truly is everywhere! So come and visit Reims. 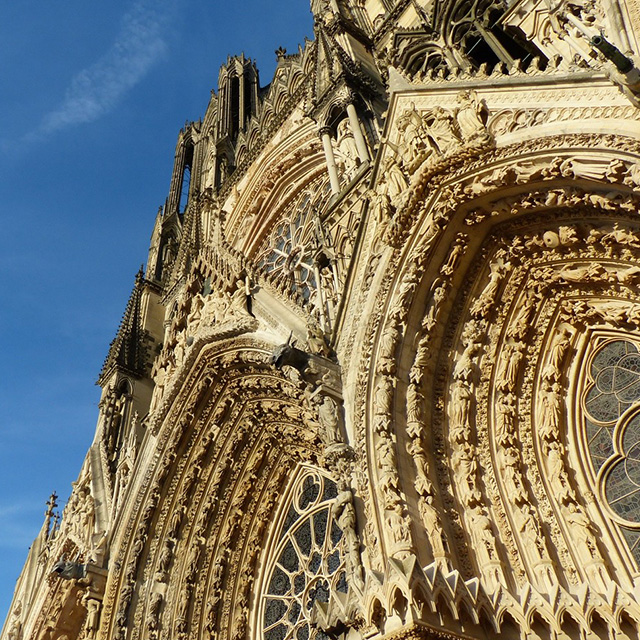 Notre-Dame de Reims is one of Europe's most important Gothic structures. A World Heritage site, the 13th century cathedral has characteristics all its own, in particular its lighting, statuary and unity of style. Notre-Dame boasts an exceptionally rich statuary. The cathedral is adorned with 2,303 statues, including the famous Smiling Angel, whose jovial expression reflects the Champagne School of the 13th century. Located in the heart of the city, the cathedral's towers rise above the rooftops of Reims to a height of 81 m. The nave, whose triple-level design is characteristic of the period in which it was built, has a vaulted ceiling some 38 m high. The cathedral is almost 150 m long. The cathedral is also remarkable for its luminosity, making it a model of the genre in Gothic Europe. 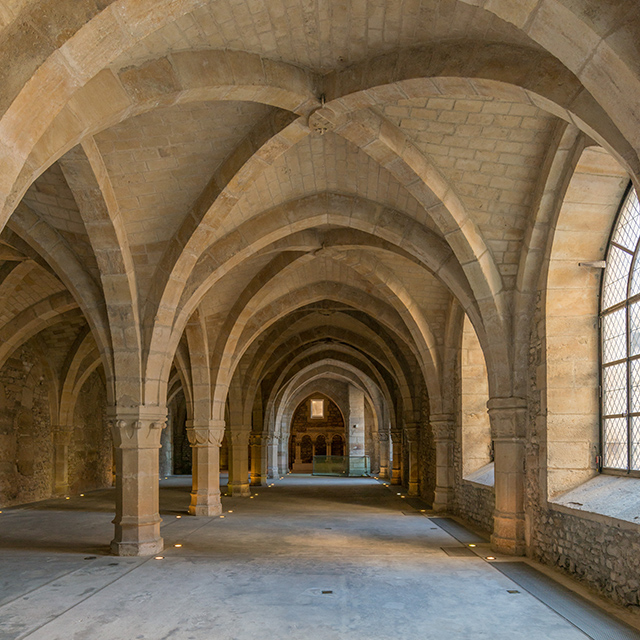 It is a mediaeval palace with the appearance of a fortified house. It was originally a bishop’s palace and subsequently an archbishop’s palace from the 8th century onwards. The monument became known as the Palace of Tau in 1138. The name refers to the Greek letter “Tau”, reflecting the property’s T-shaped layout. This capital T shape also evokes the shape of the early bishops’ crosiers. The buildings suffered significant damage during the bombing campaigns of the First World War and only the walls remained. The palace, which had housed collections of artworks and historical artefacts from the Champagne region since the 19th century, was subsequently restored and reorganised. It reopened as a museum in 1972. The palace, along with the cathedral, became a UNESCO World Heritage Site in 1991. Since 2000, it has been managed by the Centre des Monuments Nationaux, and was made accessible to disabled visitors in 2011. 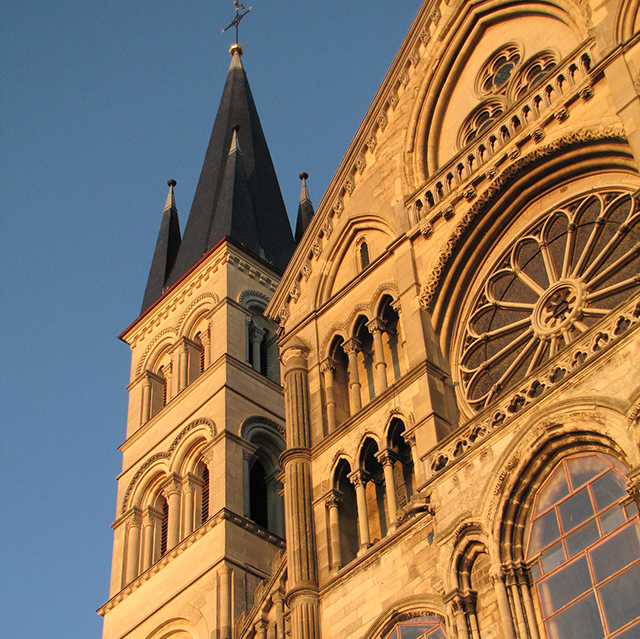 Listed as a UNESCO World Heritage Site, Saint-Remi Basilica is a collection of history and art which should not be missed. The 11th century Romanesque nave was lengthened by two transepts at the end of the 12th century to render it accessible to a greater number of pilgrims. At the same time, the facade was reconstructed, while a choir ambulatory and radiating chapels were created. While the Gothic style is apparent in these transformations, they in no way altered the homogeneity and serenity of the church. It contains Saint Remi's tomb, a collection of 12th century stain-glass windows and a Cattiaux grand organ, inaugurated in the year 2000. 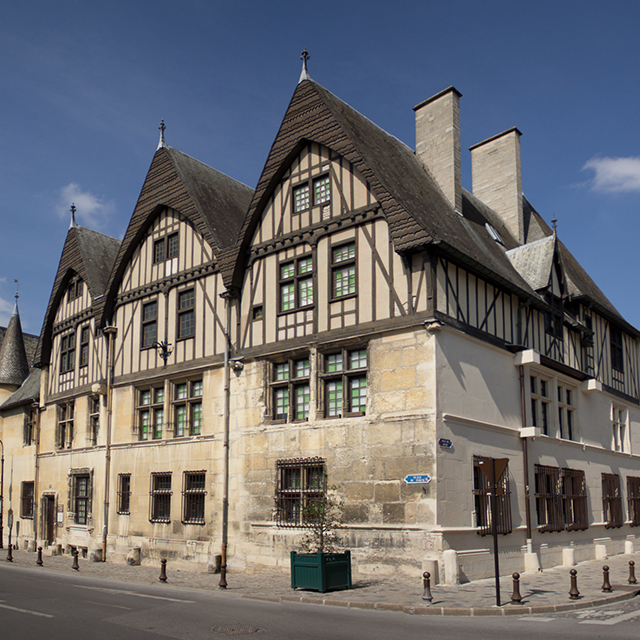 The Le Vergeur Museum offers an immersive experience into the preserved interior of a manor house that belonged to a member of Reims’ upper class, showcases three centuries of art and tells a personal story of Reims’ heritage. The building, which dates back to the Middle Ages and the Renaissance and was seriously damaged during the First World War, was saved by its owner Hugues Krafft (1853-1935), who travelled extensively in the Middle East and East Asia. After his death, his rich collections of furniture and pieces of art became the core focus of a museum bequeathed to the Société des Amis du Vieux Reims (Association of the Friends of Old Reims). The collections have since been added to regularly, thanks to the generosity of many donors. One particularly notable addition is the complete and original The Apocalypse and The Large Passion series of engravings by Albrecht Dürer. 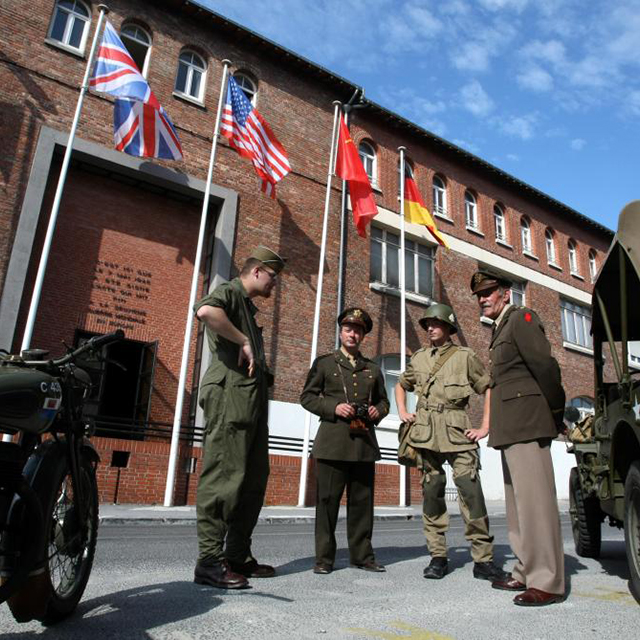 » Museum of the Surrender

It’s the 7th of May, 1945… 2:41am.… the end of World War II in Europe. Discover this historical event that took place in secret in the “map room” located in the technical college (now called Lycée Roosevelt) in the Supreme Headquarters Allied Expeditionary Force in Europe, commanded by General Eisenhower. Archives, uniforms, and artefacts bring the months that preceded the Nazi surrender at Reims to life. Relive the night that changed the face of the world as we knew it as you venture into the signature room, a chief location in European history, where the end of this tragedy also marked the beginning of a long process of reconciliation. 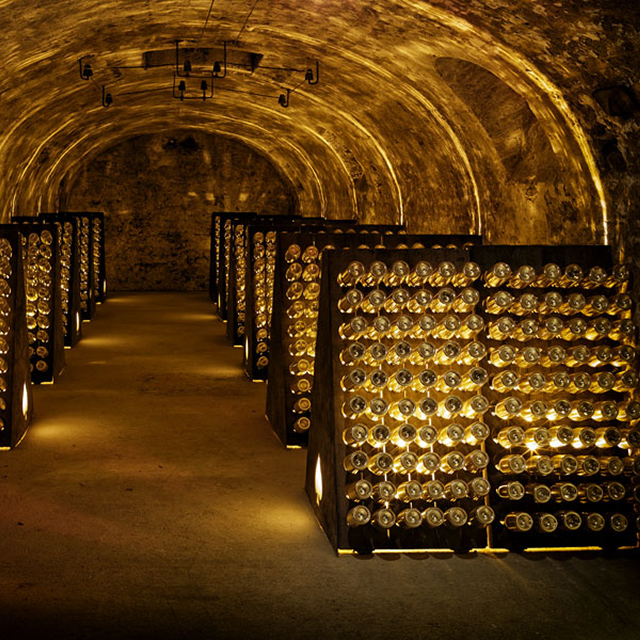 On 4 July 2015, in Bonn (Germany) the UNESCO World Heritage Committee took the decision to include the "Champagne hillsides, houses and cellars" on its World Heritage list. The Exceptional Universal Value of the Champagne vineyard cultural landscape, the birthplace of Champagne wine, has now been recognised … and in a broader sense, this includes all the work done to grow the grapes, produce and distribute Champagne wine which is passed down the generations and preserved in the 320 Champagne AOC districts located in the five French départements of Marne, Aube, Aisne, Haute-Marne and Seine-et-Marne. 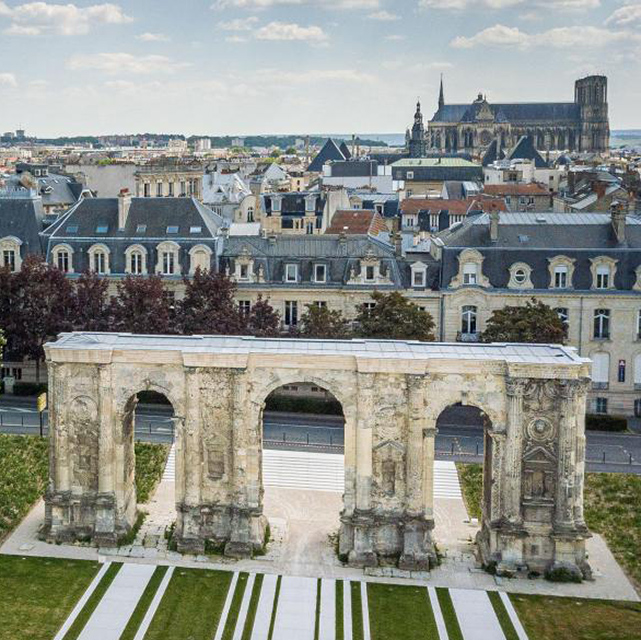 The Porte de Mars is the single remaining example of the four monumental Roman gates that once welcomed visitors to the Roman town of Durocortorum, now Reims. The gate was not a celebration of war, but rather symbolized the "imperial peace that assured the grandeur and happiness" of the end of the 2nd century CE. Some of the elaborate decoration on the three-arched stone portal is still visible even after 1800 years of wind, rain, and war. It is formed by three arcades. Under the central arcade passed the great north-south axis of the city, it was intended for the passage of carts. The two side arches were used by pedestrians. Under the central arcade, sculpted carvings allow us to discover a calendar representing agricultural and wine-making activities and work: grape pressing, harvesting... Under the eastern archway, we can see a she-wolf suckling Romulus and Remus. According to a legend, it is Remus who founded Reims. Finally, under the western archway, it is possible to see Leda seduced by Jupiter.

» Other places to see in Reims